The Bloody Chamber by Angela Carter

I’m not sure it had occurred to me that fairy tales could be anything other than children’s stories before I read Angela Carter’s The Bloody Chamber. I breathed in these stories and they changed the way I felt about story itself.

Oh.
Such things are possible.
Stories are fluid.
They can be used in different ways to say different things.

(You’d think I’d have realised this already – I was nineteen and at university studying French literature. Perhaps, though, it was no good other people telling me, perhaps I had to find it out for myself). 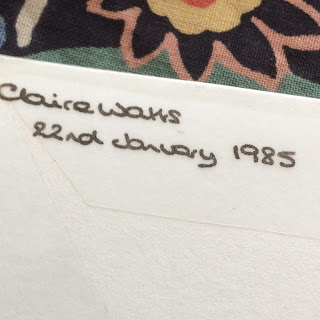 I’ve written the date 22nd January 1985 inside my copy and - can you see? - I've covered it in sticky-back plastic, so I certainly thought it was a keeper! But I’m certain I must have read the book before 1985. Neil Jordan’s fabulously strange and atmospheric film The Company of Wolves, based on these stories came out in 1984 and I’m sure I went to it desperately hoping that he’d done the stories justice. He had, of course, and if you haven’t seen the film, you should put it on your watchlist right now. Worth it for the werewolf transformation alone!

So I’m imagining I’ve borrowed and read the book some time before, then seen the movie and felt I absolutely had to reread the stories. And in 1985, by some piece of extraordinary happenstance, I had the most perfect part-time job it was possible for a bookworm like myself to have. I had a Saturday job in the Good Book Guide Bookshop on Great Russell Street, just along from the British Museum. Now back then Britain had a thing called the Net Book Agreement, which meant that all books had to be sold for the price printed on the back of the book. I know, it sounds like a really odd idea now, but I’m pretty sure it was good for the publishing industry and I know it was good for authors. Anyway, what it meant was that having a job in a bookshop was a very fine thing for a desperate accumulator of books like myself, because I could buy books at cost, which was 33% off the cover price. I bought a lot of books.

And at the same time during the years I worked there, I breathed in the book world: I opened boxes with stacks of lovely new books; I arranged tables; I sat with a drawer of file cards on my knees checking the stock (no computers, oh youngsters!) and discovering all the backlist books a good bookshop should hold; I sought out books we didn’t stock on British Books in Print, which I assume must have been on some sort of microfiche system, but I can’t recall; I listened in while the manager chatted to the visiting publishers’ reps with their cases full of covers of forthcoming books.

And so to my copy of The Bloody Chamber. Imagine me. I’ve seen the film. I’ve maybe seen it twice. And it’s there on the shelf, when I’m stocktaking. I keep taking it down, leafing through, talking to the other person in the shop (it’s a small shop – there are only ever two of us). “Will you just buy it,” she says. “You haven’t bought anything since—” “Last week,” I finish for her. “There you go then,” she says. “You absolutely need that book.”

Posted by never enough bookshelves at 16:10 No comments:

Email ThisBlogThis!Share to TwitterShare to FacebookShare to Pinterest
Labels: all the books I own, Angela Carter, bookshops, bookworm, fairy tales, Good Book Guide, Neil Jordan, The Bloody Chamber, The Company of Wolves

Filling the gaps in fairy tales 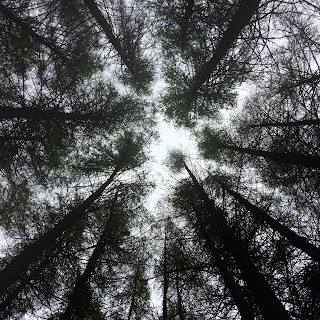 I have fairy tales on my mind.
Read more »
Posted by never enough bookshelves at 15:55 No comments: 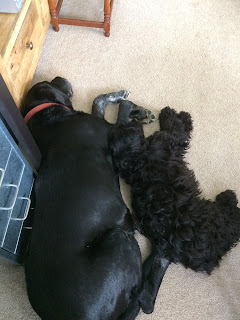 It's exam season. Both at-home daughters are taking exams this year, so that means a month of not being able to watch them disappear off on the school bus before settling down to work with my dogs snoring gently around me. *small sigh*

Read more »
Posted by never enough bookshelves at 15:00 No comments:

Find me here too